Matthew on Asking the Right Questions 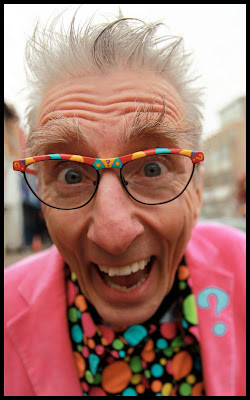 "I grew up in Wilkes-Barre, Pennsylvania. When I graduated from college, I couldn't get into graduate school and rather than be drafted into Vietnam, I joined the Navy and went to Officer Candidate School. I spent a year watching the war and two years in Scotland as a diplomatic courier. I came to Washington in the early 70's. I had G.I. money and went to get my MBA in computers at American University. My first job in town was in the information business. I was a paper boy and delivered the New York Times at 5 a.m. everyday.
Posted by - at 9:00 AM

The Wash Syndicate is a Matt Lesko fan.